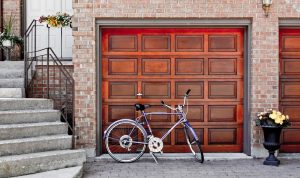 According to the Remodeling 2018 Cost vs. Value Report?, there are a few improvements that consistently rank among the highest in terms of return on investment. While each circumstance is unique, there are some improvements that will offer a homeowner a great bang for their buck.

Ranking highest on the return ratio is changing out your garage door to an attractive, upscale door can offer a nearly 110% return on your investment. It makes sense to always consider the improvements that add to your curb appeal because it is the first thing a prospective buyer notices as they approach the home for the very first time. Generally speaking, an upscale garage door can cost between $3-4k so it is not an insignificant improvement but it is something a buyer definitely notices and it adds considerably to the overall attractiveness of the property.

Also a high flying return comes from adding manufactured stone veneer accents to the exterior, making the home seem more upscale and classy. One can expect this type of project to cost $7-10k but the average rate of return is in the neighborhood of 108%. Stone veneer is a feature that a perspective buyer is sure to notice immediately, and it just might separate that home from its competitors, leading to a higher price and quicker sale.

Another dependably high return on investment comes from the addition of a wooden deck, coming in at about 81% recoupment. People want to enjoy the interior of their home, of course, but they also value being able to utilize the surrounding open space, and a wooden deck is a great way to do so. Size dependent, this project can range from a few thousand dollars to upwards of $10k. It makes even more sense to do this sort of project early on in your ownership period so that you might also gain some enjoyment from it while you live there.

Questions? We Can Help.